Call for Papers: The Society for the Study of Japonisme International Symposium 2021 “Japonisme and Eastern Thoughts (Religion, Philosophy, Aesthetics): From the 19th to 20th Centuries”

ジャポニスム学会 > news-EN > Call for Papers: The Society for the Study of Japonisme International Symposium 2021 “Japonisme and Eastern Thoughts (Religion, Philosophy, Aesthetics): From the 19th to 20th Centuries”

Organizers: The Society for the Study of Japonisme / Ebara Hatakeyama Memorial Foundation

Requirements: The Society for the Study of Japonisme membership. Non-members must sign up when submitting their proposal (see the “Join Us” page on our website https://japonisme-studies.jp/join-us/). Your proposal will be considered once the Board of Directors approves your membership.

Please submit an abstract for a 20-minute presentation as attachment (single-page A4 document of about 300 words) to the email address below by 5pm, July 31, 2021, Japan Standard Time. Submissions will be reviewed by the Board of Directors and accepted applicants will be notified around September 15. Please note that we do not accept papers already published elsewhere. Accepted applicants will submit their paper and pre-recorded video presentation by November 15 in preparation for simultaneous translation.

In light of ongoing uncertainty regarding Covid-19, this year’s symposium will be held as a fully virtual event. Presentations and discussions will take place on-line, with simultaneous translation into English or Japanese. Please note that we may modify the timeline described above and possibly reschedule the symposium from online to a hybrid event depending on the pandemic situation and other circumstances. The final decision including the program will be made in September 2021.

The Society for the Study of Japonisme is pleased to announce the 2021 edition of its International Symposium, co-organized with the Ebara Hatakeyama Memorial Foundation. Under the general theme “Japonisme and Eastern Thoughts (Religion, Philosophy, Aesthetics): From the 19th to the 20th Centuries,” the symposium will examine the spiritual aspects of Japonisme, evoked by Eastern and Japanese thoughts.

In the middle of the 19th century, Siebold exhibited Buddhist statues, commenting on Japanese religion and thoughts in his book Japan. In the United States, Pumpelly influenced John La Farge with his detailed accounts of Buddhism and Shintoism. Numerous painters, from Van Gogh and Gauguin to Redon and Klee, were also inspired by the Buddhist ideas. Institutions such as Paris’s Guimet Museum and Boston’s Museum of Fine Arts set up special rooms for the Buddhist statues. At around the same time, Theosophists as well as Edwin Arnold disseminated Eastern philosophy, while the World’s Parliament of Religions, held in Chicago in 1893, put Eastern religious thoughts on the global map.

The reception of Eastern thoughts in Europe and the US continued to develop in the 20th century. Okakura Kakuzō’s The Book of Tea and Suzuki Daisetsu’s Zen propagated Buddhist concepts such as “emptiness” and “nothingness,” as well as key notions of Japanese aesthetic such as “wabi” and “sabi,” paving way for a flowering of international scholarship from Arthur Waley to Eugen Herrigel. In addition, Eastern thought, with its spirituality as a counterweight to capitalism and materialism, had an impact on literature, theater, and architecture in the West.

This symposium seeks to reconsider the relationship between Japonisme and Eastern thoughts and its broader significance by examining specific cases from the 19th century to the middle of the 20th century.

Send enquiries and proposals to:

The Society for the Studies of Japonisme 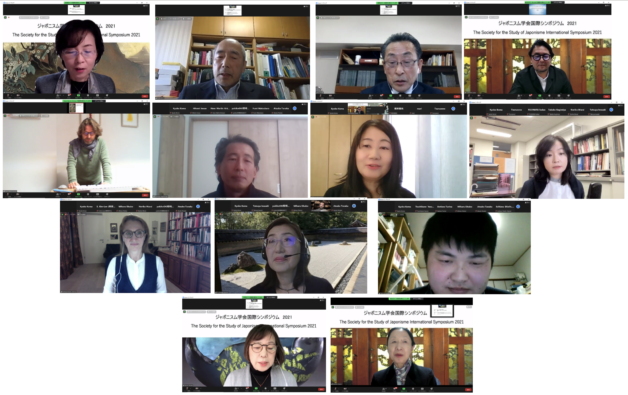